Have you ever tried to put your right shoe on your left foot? Or your left shoe on your right foot? If you can do either, the result will be very uncomfortable! But the width, length and height of both shoes are identical. And the outer, inner and upper curvatures are all the same. So why is there a problem putting a shoe on the wrong foot?

Remember that an atomic orbital can accommodate two electrons provided they spin in opposite directions (post 16.29). In the picture above, a ball has a right-handed spin around the green axis. It doesn’t matter how we rotate the axis, the direction of spin doesn’t change – it’s always right-handed (post 17.10). But if we look at the spinning ball in a mirror, the reflection will be spinning to the left. Spin of a particle, like an electron (or any other fermion, post 20.26), exhibits chirality.

There are other examples of chirality in science but, in the rest of this post, I am going to concentrate on one – chiral molecules. So, it might be helpful to read post 16.30. 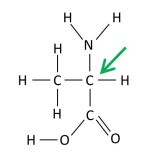 The picture above shows the formula of a molecule of alanine. This simply shows, in two dimensions, the atoms that bond to each other. It doesn’t imply anything about the three-dimensional structure of the molecule. (So, if you know about Fischer projections – this isn’t one!) In three dimensions, the four bonds formed by the central carbon atom (indicated by a green arrow in the pictures above and below) point towards the corners of a tetrahedron (post 16.30). So the three-dimensional structure of alanine looks like the molecule below. Here a black ball represents a carbon atom, a red ball oxygen, a blue ball nitrogen and a white ball hydrogen. 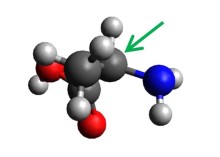 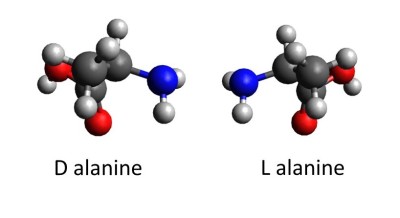 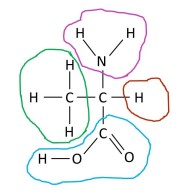 You might find it simpler to make some models, instead of looking at pictures. In the picture above, I have copied the simple flat picture of the alanine molecule and outlines the purple, pink, brown and blue groups. 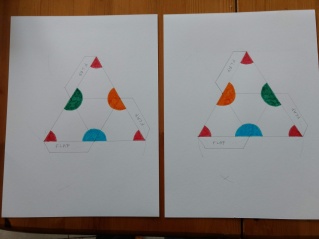 In the picture above, I have drawn two pictures on thin card. All the small triangles in these pictures have sides that are the same length. 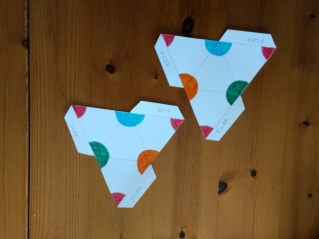 In the picture above, I have cut them out. Then I folded them along the lines, put glue on the flaps that I then folded into the inside of the resulting regular tetrahedra. The results are shown below. 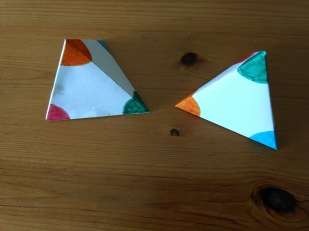 If you make these models, you will find that there is no way to rotate them so that the four different colours appear in the same relative positions, Therefore, the tetrahedra, and the alanine molecules that they represent, are chiral.

Is the existence of D and L forms important? Vitamin C is the L form of ascorbic acid. It is involved in cross-linking (post 20.8) the polymer molecules (post 20.7) that help hold our bodies together. It may also help to guard against some infections. But the D form of ascorbic acids doesn’t do anything for us. Both natural and synthetic vitamin C consist of L ascorbic acid. 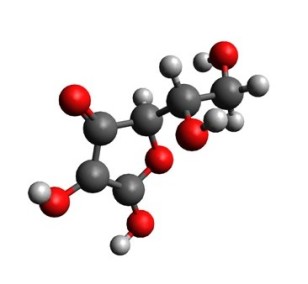