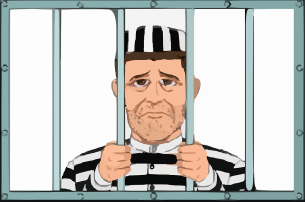 Many people believe that scientific laws can’t be broken. This is based on a misunderstanding of the phrase “scientific law”.

In the year 1687 Isaac Newton published a book called Philosophiae Naturalis Principia Mathematica in which he stated three important ideas which he believed govern how things move. We now call them Newton’s laws of motion and, for a very long time, people believed that they could be used to predict the motion of any object anywhere. Basically, these laws state that:

To many people these laws will seem like common sense. We use their results to explain things like the motion of objects as big as planets and as small as molecules. They are used in the design of things like cars, bridges and trains. When mistakes occur, for example when civil engineers design wobbly bridges, it’s not because Newton was wrong but simply because the designers have not thought of all the factors involved and then applied Newton’s laws to them. And of course any structure can be subjected to unexpected events; a house may be sufficiently strong for us to live in – but not if a plane crashes on top of it!

At the end of the nineteenth century and the beginning of the twentieth century, physicists started to investigate the motion of objects that were very small – like electrons. They found that, for such small objects, Newton’s laws didn’t work.

The best they could do was to define the probability that an electron would be at a certain place when it was pushed or pulled by electrical or magnetic effects. The probabilities involved are calculated by a method called the quantum theory.

So Newton’s laws don’t always work. We now believe that they are an excellent approximation for “large” objects (not smaller than a molecule) but not that they are universally true. But for most purposes, it doesn’t matter. A failure to predict the position of something as small as an electron to within 0.001 mm would be a disaster because this is a huge distance when compared with its size. But we really don’t need to know where a bus will stop with this precision. So if we know the speed of a bus and some additional information which is easily measured, we can calculate where it will stop when the driver applies the brakes. So time-tables work for buses (except that the unforeseen events of the third paragraph seem to be very common for them) but they wouldn’t work for electrons.

Unfortunately, scientists confuse the picture by talking about Newton’s laws, Avogadro’s hypothesis and the quantum theory. The use of different last words in the three phases implies that they have a different status. But they don’t – all three are scientific ideas which we believe are sufficiently useful for making predictions about how things behave. Also, statisticians use the word “hypothesis” when they want to determine the probability that an idea is false. This is more like the everyday use of the word. Probability is involved in many scientific ideas ranging from drug safety (see Post 16.1) to the motion of electrons. So we might expect that the different uses of the word “hypothesis” would cause a lot of confusion – but in practice it doesn’t seem to matter.

The important point is that scientific laws are ideas that we use to make predictions about how things behave. In the future we may find exceptions to a scientific law. Perhaps these exceptions are so important that the law becomes worthless. Alternatively, like Newton’s laws, we may be able to identify the exceptional circumstances when we can’t use the law but it is so useful that we continue to use it otherwise.